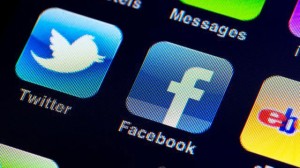 From the moment I stepped out of my room, I began to feel weird like I had a huge stain on my dress which I was somehow unaware of. This was because everyone was stealing glances at me and talking in hushed tones like they were discussing about a covert operation for the CIA. To clear my budding doubts, I stepped back into my room and spent another 5 minutes turning round and round before my mirror, looking for what was so unusual about me or my dressing.

After checking make-up, clothes, colour combination, neatness, nails, scents, and mouth breath okay, I hurried out of my room and hall, not caring anymore about the side glances and giggles. As I walked down to my classroom, I concluded that it wasn’t just my hall mates that had a problem, because everyone; even people I had never before noticed were laughing, looking and pointing at me. I guess if I hadn’t been too excited myself, I would have stopped to read meaning into their actions, but I had too many thoughts of a certain handsome young guy running through my mind, I couldn’t care less what the rest of the world was thinking.

Arriving at my class almost breathless, I was glad my lecturer wasn’t present yet…so I took my seat to catch my breath. After I settled in, I scrolled through my phone, searching my playlist for my favorite R&B songs…plugged in my earphones and further drifted away from everything around me.

He was in his third year when I came in as a freshman and from the moment he said “I think you are on the wrong queue”…My life had not been the same again. I was supposed to clear my finances at the bursary, and on getting there I saw a long queue and without asking further ado – joined the queue. I stood there flipping through my countless receipts, trying to select and arrange those I needed for this clearance when I heard the deepest yet sexiest voice ever next to my ears “I think you are on the wrong queue”. I stood rooted to the spot afraid of moving or turning round for fear of my knees giving in. I could feel the deep baritone of his voice traveling up and down my spine.

As if confused by my stillness and silence himself, he was in a flash standing before me. I mustered the strength to look up and managed a smile… but that was the worst move ever because I looked up to see the widest and most beautiful smile that further weakened my already crumbling knees. With his eyes twinkling with mischief like he could feel my predicament, he broke the silence and said “I think you should be over there, because this queue isfor returning students and from the looks of those receipts with you, I can tell you are a freshman”. I nodded and turned to where he pointed out; as I too the first step …my knees gave out. I didn’t have the time to be shy or embarrassed though, as I felt his hands steady me. I whispered a “thank You” and skittered away.

I spent the rest of the day blushing and smiling to myself…little did I know that it was just the beginning. He happened to be in my department and I bumped into him everyday. We bumped into each other so much that the very few days when I didn’t see him, I ended up been very irritable. Sadly, I could never find the courage to say a common hello or even come up with any of these funny tricks my friends would employ when they were trying to get a guy‘s attention. All I did was live with my fantasies and hope endlessly that he would one day make a conversation with me. Who said fairies were not real? Because I think my fairy godmother must have been embarrassed by my endless whining and wishing that she decided to grant my wish on this beautiful afternoon.

After my lecture in Business Mathematics (a course I detested if you ask me),I went to the library to try flipping through my notes while I waited for the next class. “Is this seat taken?”…Over a million voices I would always pick out this one I told myself even while trying to practice some breathing techniques I had once seen on T.V. I shook my head as once more I found myself smitten and dumbfounded. He took his seat beside me and that simple act marked the beginning of my dreams coming true. We got talking and amidst hushed tones and giggles,neither of us read a line from the books we had brought.

“Perfect”, that was what every time, day and moment spent with him was. We became so close, went everywhere together, did things together; we were almost like a couple. I even had to constantly try and convince my friends that we really weren’t a couple – although I secretly wished we were. The whole of my first year passed though and he never asked me out, but for fear of asking for too much, I was content with being the pseudo girlfriend. We had a really long break after the session and through the break we kept in touch and even met up a couple of time; need I say that they were all the best times of my life. Returning to school for me was more about plenty of time to spend with the guy of my dreams, than any other thing, even the fact that I was in a new level didn’t excite me.

Right form the get-go, we resumed our routine of doing things together and this time, it was even better; because there were a lot of holding hands and goodnight hugs. Every time he saw me off to my hostel I always ended up spending half the night lying awake thinking what a perfect gentlemen he was and dreaming of things that might never be. It was at a departmental dinner which held at the end of the first semester that he finally asked me out. I sat there grinning like a big fool forgetting all the responses I had planned and memorized for this long awaited moment. I finally kicked some sense into myself and said yes and in the briefest and gentlest way…he kissed me!!!

And so it was that our love story began, and since we were already like a couple, I got used to the role pretty quick. I went home at the end of the semester feeling pretty with myself and counted the days until the 2 weeks break was over. We didn’t have the chance to see each other for a whole 2 weeks, so seeing again at school for me was like meeting for the first time. Second semester flew by and it dawned on me that this was his last session in school. I became moody and most times expressed my fears of him forgetting me once he left school. He tried his best to assail my fears but they did little to make me feel better. On this particular Thursday, he told me to pack a bag the next day for the weekend, because he wanted us to spend time outside the walls of the school. Excitedly I accepted and immediate started planning the weekend, got back to my hall started packing my bag and kept bragging to my friends that we were going to have some “alone” time.

Suffice to say it was the best weekend ever for me, I felt like I was floating all the while. He was the perfect gentleman, not wanting in anything. I couldn’t help but tell him how much I loved him, at every opportunity I got and he said he loved me too. As we stretched before the T.V on Sunday morning, talking of how we had to return to school later that day and how we wished we didn’t have to… he stopped for a while and drew me closer. He looked in my eyes and asked “Do you know I love you?” my response was muffled as he kissed me and…(why leave it out? The details)

As I stirred a couple of hours later, I came into consciousness and remembered what had happened… I could still feel little pains (he was my first), and my heart was beginning to sink at the thought of what I had just done. It didn’t last long though, turning to my side I saw two beautiful eyes staring down at me, with his wide grin clearing my doubts and making me feel better. He planted a quick kiss on my cheek and dragged me up to prepare for school. Got back to the school premises a little late, so I went straight to my hostel, and after assuring my friends of a detailed gist the next day, I went to bed. So here I am on this bright Monday morning feeling really good and excited with myself, counting the hours till I see my charming prince, when we will both…

Thinking the lecturer was now in class as I felt someone tap me, I opened my eyes, coming out of my reverie to see my friend looking all serious and a little unhappy. I elbowed her playfully, trying to tell her how she interfered with my beautiful thoughts. She cut me short and asked me to switch on my Bluetooth. Seeing the stern look on her face, I quickly did as I was told, not having a clue where all of it was leading to. As my phone showed one file received, I clicked open, only to see a video of myself and the event that just occurred a couple of hours back. I began to understand why everyone was laughing and giggling, pointing fingers and passing side comments, I couldn’t believe that it didn’t take “my prince” a long time to brag about his newest medal, his latest spoils of war. My eyes grew bigger with shock even as I remembered his wide grin when I saw him looking at me back at the house, I should have known there was something different about it; I should have known it wasn’t the usual beautiful smile I knew; I should have known that it held more than the usual softness I was familiar with; I should have known that it was more like a victor’s smile; I should have known, I should have known… That smile was the last thing I knew, before I passed out cold.

Tiwa is a writer, a marketing professional and a psychologist. She however likes to describe herself thus…”I am unique with the mind of a dreamer and the longing to be extraordinary”. You can read more of her works by clicking this link dreammyme or follow on twitter @TeewahAlagbe