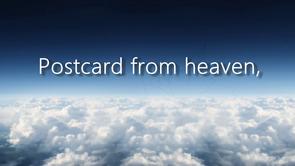 The room was in darkness, safe for the luminous dials of a wristwatch on a dresser which glints in the dark and the soft glow of a lamp at the far end of the room. It was a spacious room. Nothing else could be made out except for the profile of the woman seated by the window with her shoulders hunched and her head bowed. To a casual onlooker, she looked like someone who had fallen asleep sometime during the course of the night while looking out the window. But, she wasn’t asleep. Every now and then, her head will bob up and she would shake it vigorously while stamping her feet on the hard floor in a bottled expression of pain and sorrow. Her sobs a painful, wheezing sound that produced eerie echoes in the otherwise stark silence of pre-dawn.

She had been like that for ten straight hours; ever since she heard the news on TV last night. Her body had failed to function properly since then, only her mind worked furiously. Lost in thought, she had lost track of time and place.

She was vaguely aware of the hunger pangs, but her will to succumb to the primal urge of feeding dimmed in comparison to the guilt she was feeling. She could not get her mind to focus on anything else but Bola’s suicide.

Her mind was in over-drive.

It examined all the pros and cons of why he would have done what he did. It tried to rationalize what could have led him to it. She could practically hear the whirring sounds in her head.

What could have led Bola to this terrible decision and act?

The “why” was straight forward; yet again it was baffling. It was incomprehensible how someone she cared for could have set himself up for something like that. She had loved him totally and have found since she broke up with him that she still loved him -terribly so. She had pushed and pushed till she eventually broke him.

Her love for him was why the news was so much more shocking than it would have been if she hadn’t reached her conclusion only a few days before.

Since yesterday when she had  stumbled and collapsed into into the chair in a daze, she had not being able to think of anything else other than her guilt and her conscience had tormented her relentlessly. Now, it felt like she is tied to the chair, awaiting her sentencing and punishment for the murder of her ex-boyfriend.

Her mind kept circling back to the same damning verdict – you killed him. Even if not directly, her actions and inaction, the words she spoke to him and the ones she didn’t had all led to this fatal situation. She, who was carrying life within her have also with the other hand, served up death. It was the thought which shackled her mind and made everything else pale in significance. She had tried hard during the course of the night to wrestle herself from its grip, but all her attempts to justify her innocence had failed. Her mind was beginning to crumble piece by piece every time she raised another bulwark of innocent argument to justify herself. Gradually, it is feeling like she has come to the end of her sanity. Her excuses have dried up and she was left with the bare truth.

The single most damning evidence against her, the one incontrovertible evidence that makes all her attempts at defense crumble, was the picture of an immobile Bolarinwa hanging from the ceiling, his insanely whitish tongue hanging out from the side of his mouth. The picture they had taken together last christmas flutterring gently on the floor.

She couldn’t justify her innocence when that picture kept flashing before her eyes like an exhibit that was presented before a grand jury panel that was already braying for the defendant’s blood.

The picture accused her of her guilt; she was not innocent…. She was as guilty as having put the rope around his neck and kicked the stool from under his feet. Her conscience tugged at her mind, tearing it apart as it wheedled and needled her, driving her to the edge of insanity. She had killed him. She had murdered him. The only man who had really treated her right, who had cared for her. She had been greedy, insecure, doubtful….

It was the devil!

It wasn’t the devil. It was her greed and her selfishness. It was her all along. She saw what he was doing, but she was not satisfied. She wanted more. She wanted a quick fix. She wanted the short-cut. She couldn’t muster the will to be patient with him. Build their lives together. Eventually, she convinced herself to see only the negatives in his personality. Poisoned her mind against him. And that was how she killed him.

She been laying a plan, a plan to remove herself from the squalor of her wretched life. She wanted to be rich and live in grandiose houses, with all the good things of life at her beck and call. She had always dreamed of the fantastic world of glitz and glamour. It was how her mind worked to turn her against Bola. She failed to acknowledge all his hard work and efforts towards making their future lives better. She only gave him back as much as she could emotionally afford pending when she was able to execute her plan.

It didn’t take long before she hatched the plan. She hatched it when she met Phillips Ifemodu at the Sentinel Center at Maryland, during a self-sustenance power-workshop for young people. It was one of those places and events she goes to to discover ways of making the quick cash.

She had drooled at his handsome features from the moment he stepped onto the podium to speak that morning. Clean-shaven, with the soft features and voice that can only belong to the monied class, she had hung on to every word he had spoken like she was hanging on for dear life. He was one of the resource people, owned and made a success of his own business at the young age of twenty-six. Now he is thirty-three and headed a group of companies with interests in Fisheries, Haulage, Construction and many more.

The fact that he was handsome was a bonus, but it was the fact that he was loaded that her mind latched on to that morning and from there the wickedness that had been laid in preceeding weeks were hatched and she was sucked into an abyss she has now found she couldn’t crawl out from.

She had seen Phillips as her meal ticket into the life of luxury and ease, and she had found a way to talk to him after his session was over, making sure she had made herself visible and visibly recognizable afterwards by asking a lot of questions.

One thing led to another and within a few weeks they met again.

She remembered their first outing together. That day they had gone to Four Points by Sheraton. It had been a dream evening- Everything she ever hoped for. Candle-lit dinner, dance and even a night cap on the towers. It was restricted but Phillips got them there. The view from up there was breathtaking.

On their way back, Phillips had parked the Blue Toyota Camry 2012 XLE model on the Third Mainland Bridge. Her heart had almost jumped out of her mouth in fear, until he had turned to her and asked her if she wanted to do something daring. She had eagerly nodded and they had gotten out of the car. Phillips asked her to climb onto the roof, giving her a hands-up, he had clambered after her and right there under the open skies and the stars with the breeze and occasional car whizzing around them, asked her to perform fellatio on him. It was crazy, but it was fun. She had never done anything like it, but the rock solidity of his dick was enough to make her go crazy in the head. She had taken him wholly and when she was eventually thrown roughly on the roof of the car, and her panties ripped off, she hadn’t complained. In fact, she was more than ready to take him in and let him fill up all of her.

Phillips was rough, but she had thoroughly enjoyed the roughness of the sex; the brutality with which he had taken her, thumping her back against the roof of the car with each powerful thrust as he entered her with the force a savage hurricane. She uttered all kinds of obscenities that night. Things she never knew she could utter. From that evening on, she had literally fucked herself over for him. 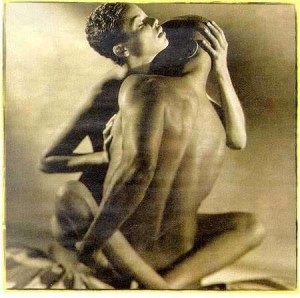 The sex had been magnificent. She had performed all sorts of things for him. Things she would never do for Bolarinwa. She had basically whored to get him into her pants. Acting out every whim of Phillips’ role playing episodes.

It was the beginning of her facetious existence and relationship with Phillips. She dove head-on into it, in the hope she would please him enough to start to think of the future – a future with her.

How wrong she was.

When she missed her period, she had been scared. She hadn’t been having regular sex with Bolarinwa- it was boring and too languid, compared with the romps she had with Phillips. Her devious mind had gone to work, and she had ensured she had sex with Bolarinwa that very day.

Now that her bases were covered,  she had set about her next plan of action.

That was how she got where she was now. With a dead man on her conscience. A man who had loved her so much, but whom she had treated shabbily.

The early morning glow of sunshine was beginning to stream into the room. Slowly, Wunmi stood up from the chair.

She walked over to the dresser and took down the brown envelope on top.

‘If only I had been able to post this to him two days ago like I planned. Maybe then He would have understood and maybe not be dead,’ Wunmi thought to herself,  as she tore the envelope open and removed the sheets of paper inside.

But, she had not been able to. On her way to the post office she had met a prophet who had said words to her which chilled her to her bone marrows.

Words which made her run home with vision blurred with hot tears. They were simple words, but full of so much shocking force. Her intention had been to explain everything to Bola and ask for forgiveness. Lay all the truth before him, her shameful betrayal, in hope that he would forgive her enough to take back the responsibility of his child….

Suddenly, she put her hands to her head in pain. The prophet’s words had come back with full force….

She slumped to the floor, the words ringing in her head  “The wages of sin is death….” It kept repeating itself on and on.

Wunmi dropped the sheets of paper as her mind finally snapped. As she slumped, her head hit the edge of the center table smashing it with the force of the impact.

The thwack was as loud as the sound of a small pistol fired at close range.

The sheets of paper fluttered around on the floor.

The blood from the wound on her head seeped onto the paper blurring some of the other words that could be deciphered on the paper.