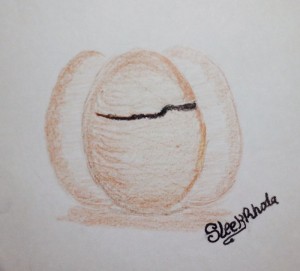 Biodun and Wemimo sat in the president’s outer office, holding hands and thinking their different thoughts. Their eyes and minds were unfocused on the speech being delivered by the president of the Federal Republic of Nigeria, announcing to the nation the events of the past few days and how there had been a “landmark victory struck against enemies of state”.

The arrests of the minister and his four cohorts, along with a very large number of other associates had been swift and decisive. They had all been rounded up earlier that morning before Biodun and Wemimo arrived at the state house for her briefing with the president.

The gang of five were picked up while still in their beds and unaware of what the day had in store for them. The SSS had been successful getting a confessional statement from Jude Omiro and from Sani Ibn Mohammed a.k.a Dogo. Those two statements added to the documents and the mails were iron clad evidences against the five. Furthermore, the warehouses and assets of all five had been confiscated and everything is been inventoried and tested.

As it happened the president had gotten most of the gist from the briefings from the SSS. He already knew the principal actors, the villains and the protagonists. He was fully briefed on the roles on Biodun, Wemimo and Jide. The president expressly requested that Wemimo Martins was at the state house, and that worked well for Biodun who had already booked two tickets the previous day. She still shook and needed him around to help steady her reeling mind.

The documents in the minister’s system that was hacked and retrieved by Jide Sanisu had made several references to a revolutionary set of genetically modified seedlings and boosters for livestock and feeds called PODs. The PODs, which Biodun knew all about was an acronym for Parcels Of Death, this she only got from her earlier hacking of the documents. All references to the PODs however have been removed from the system. Those were incriminating enough, but added to all the details about the way the seedlings were developed and the methods of administering the PODs to an unsuspecting population had been chilling, as it they were helpful to the cause of prosecution.

There was no doubt what their intents were and what they had planned was clear as day. But, they had been caught before they could spring the lid on their Pandora’s Box. The deaths would have been quite expansive and the damage done to the Peoples of the south innumerable.

They sat and watched unseeing at the TV, with the president’s head bobbing up and down and his lips parting at regular intervals like a puppet in a pantomime show, while their minds roved unbridled elsewhere. For both, they couldn’t fail but keep returning to the fact that the country was just a whisker away from a terrorist attack of unprecedented proportions.

The elaborate planning, skill and devotion committed to the plan was daunting and overwhelming. They kept very quiet as there was little to be said in the circumstances. The flight to Abuja was smooth, but it had crossed their minds at different times that it could well also have turned out to be a flight open hijacked by terrorists. They had both thought of the worrying security situation in the country and all the many ways the country could be attacked in the future.

Things were getting hot and it is time proper attention is given to issues that causes dissent and ethnic and sociopolitical distrusts and disharmony in the political system. They had talked about it and it had formed the major part of her discussions with the president earlier in the morning. It was a private one-on-one meeting, with the president insisting on the presence of Wemimo Martins.

She had expressed her opinions strongly on the measures needed to be put in place to make sure the country never faces such a threat again. She had highlighted all the many risks the country was open to, and as the adviser to the presidency on matters of cyber-attacks she hoped her recommendations  will carry some weight.

The president had listened carefully and attentively to everything, then had asked them to wait while he held a closed-door session with his security advisory committee. That meeting had taken all morning and early part of the afternoon. In the meantime, Wemimo and Biodun had been taken for breakfast and lunch, driven to one of the several quarters in the premises for them to relax and change.

What will befall the minister and his cohorts could only be guessed. But, it was no doubt that the smashing of the group was a major victory for the state. Biodun felt for him, the deeply set imbalances that could have led a man to think up and actually intend to carry out such a diabolical act. She had known the man, had loved him. They have shared very good moments together, and she had known the worst moments with him too.

She had thought all about it while they waited and chatted. On the other side, Wemimo Martins had also thought about his life to this point. The stories that had leaked in the papers. How was he to handle the situation and extricate himself from the humiliation? He also wondered what the future held for him and Biodun after all the brouhaha subsides. He knew what he wanted, but he couldn’t be sure she was ready for it too.

They had been invited back to the presidency just over half an hour back and now as they waited and listened to the president reel out all the measures to be taken henceforth to protect the country and secure her future, many of which were recommendations made by Biodun Kudesoh, they silently prayed and hoped these measures won’t be papered over in a few years and everything will return to normal. They also prayed all of this was a wake-up call for the government, rather than the situation been used as a tool for political stunts.

As they sat and waited, their subconscious mind caught the words from the president on the TV, it was a surprise to them that they will be thrown right into the center of a national issue like this. Wemimo felt Biodun’s hand inch towards his on the chair, he felt her soft palm lock into his and together they breathed in and out…their hearts heaving in rhythm to the music sung by their beating hearts.

The story finally grinds to a halt.

EGGSHELL finally comes to an end here. It had been a long, long time a-coming….

I hope you enjoyed it? I wouldn’t know unless you give feedback on the comment section(s).

I see all of you reading, even got your mail address, times you logged on and how for how long, but you don’t leave comments to help me know how the story affected you and where it needs improvements.

These are critical things for writers, feedback. It is the only way we can gauge the “acceptance” of any work we put out here. I don’t even mind if it is ‘harsh criticism’ – common guys, how else would I learn?

I do appreciate the followership of all ‘ghost readers’ though. I know all of u…hehehehe.

I will be running a series from a friend. Her name is Sally – many of you guys know her as Moskeda or Moskeda pages.

Her series Fish Brain Clan will run here from April 1, 2014.

I tell you, this is one heck of a story to follow!