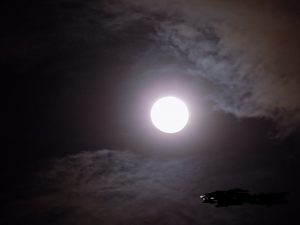 My name is Fehintola Abegunde. I am forty-five years old and I work at a leading financial services firm which specializes in providing financial consultancy, brokerage and portfolios for A-list clients. I work there as one of the top dogs, my role – Senior Director, Customer Relations and Portfolio Management.

That was until today, this morning to be precise.

At 11.14 a.m. the police came into my office and arrested me. My work was the perfect camouflage, it helped mask me from the general public, a perfect foil for some of the things which you are about to read. The job deflected suspicion for quite a long time. It was a job that gave me quite a free rein and free time on my hands. And I loved my job, not only because it gave me the free time and a free rein, but because I love people.

I love meeting people, talking to them and generally helping them make sound financial decisions. Above all, I love meeting women – beautiful women; size didn’t matter to me that much unlike some men. In my eyes, all women were made  beautiful in their own right. It all depends on what you are looking for as a man in a woman. So, I will say it – I love women.

And my work made it easy for me to come in contact with some really stunning women. There were those who owned and controlled business empires. There were the ones just starting out and who are looking to source funds and business consultancy services. I met with and conferred with all shapes, colors, sizes and orientation. It was a job that naturally gave me access to these women and enough cover for all of my sins which I commit with them thereafter.

But all of that was before my charges were read out to me and I was led out of the gargantuan forty stories office building of my firm, Bighe & Focker Investment Corporation on Karimu Ikotun in Victoria Island, Lagos. As I was led out, I saw the incredulous look on the faces of my colleagues, my junior partners and a few customers that had come in to do business at the office.

The sight of seeing a senior executive of a major and leading financial investment company being led out of the building in cuffs, and with a retinue of stern looking security agents escorting him out is bound to warrant such gape-mouthed stares. But who knew? None of them had any idea of what I was or what I had done. No one had any idea. It was a closely kept secret. A secret they all would soon find out about on the pages of the newspapers, on radio and TV news spots and all over the social media.

But for now, none had an idea of what crime I was being arrested for. It could be for fraud, or a disgruntled customer or lover-customer. They could only guess, while the facts remained a mystery.

They did not know what was going on. No one did, so they gawped as I was led off in handcuffs.  As for my crimes, for a long while, I also didn’t know what was going on. Not until pretty much later, when it was too late to stop or turn myself in. At that point, the situation was out of my hands, and all I could do was hope the police would find me out soon. I deliberately left clues in hope that a smart-ass investigator would catch on quick and unravel the mystery. I did my best to lead them to me as quickly as I could, without being too obvious and without courting the ire of the devil that led my every action. But, they were slow and inept. All the clues and hints went unnoticed. It took the police too long to track me down.

I am not sure if they would have caught me even. It  only happened because I picked one of them as my victim. It was my last hope at being caught and a desperate move. Eventually, it had worked. So, in a sense I had been waiting for the police to take me in. I had waited and hoped that eventually they will step up their game and step to the plate. Eventually, they did. But I already took one of theirs; and many more outside their scope.

What you would read hereon is a confession. My confession to the police after I was caught and led to the Lagos State Zonal Police Command at Onikan, where the glum-looking, clueless agents sat me down in a small room and asked me to make my statement. I smiled inwardly as the camera was brought in and the microphone set up in place, the naked bulb overhead hardly illuminating the room, small as it was. They had no idea what they were going to hear. No idea they would hear one of the most chilling, most horrific stories of their lives.

The room smelled mildly of camphor, the plastic table and chair made sense as it could not be used as a suicide weapon by a suspect. The room, I looked around to take it in. It reminded me of the ones I see in all those movies I watch on my firestick TV at home.

I have been here barely thirty minutes and everything is already set.

They were ready for me now, as I had been for them all this time I had been waiting for them to walk through my door. I would have preferred they came to the house, but that didn’t matter anymore. What mattered is my story. The one I was now ready to tell to them. The one that would be reported in the news, and which would be told and retold for many years to come.

This is my confession. It is an eight – part confession to crimes I couldn’t have stopped myself from committing even if I had wanted to. It will chill you, but I hope it also teaches you a few lessons.

I am a serial killer.

I have killed more than these eight women.

But, their stories are the ones I am going to be telling to the police. They are enough to get me what I want, to be able to escape the greater torment I have had to face these past fifteen years – the death sentence.

Did I introduce myself earlier?

Just in case I failed to, my name is Fehintola Abegunde, and I was the one the police referred to in their “Most Wanted Person” bulletin as – The Night Time Butcher.