Yeah, I promised to bring you some of the stuff from my friends….right! Here is something that has not appeared anywhere else other than on this particular friend’s notebook.

The body of a goddess…that’s how I thought of her. With shoulders slightly broad; making you think of just the right amount of comfort, narrowing down to her waist…the tiniest waist I had ever seen. Then the roundness of her buttocks, with a firmness that made you want to grab them hard. Watching her undress was pleasurable, caressing every part of her with my eyes, taking time to linger on all the right places…a goddess amongst men. She stepped into the bathroom, leaving me eagerly waiting for her reappearance. I wanted to have her now…I shifted to ease the pain throbbing in the bulge between my legs. I waited patiently for her return…longest moments of my life. Ah!!! There she was. I felt like prancing on her like a Lion on heat, but I had to wait…I knew I had to wait. I did not want to scare her off, that’s why I had to be discreet – even while watching her. I looked at my time; 6.25am – it was almost time, five more minutes and he would be gone. I had watched them long enough to know he left the house 6.30am every morning. Turning my thoughts back to my goddess, I watched as she eased into her panties…some white lacy thing, which I now felt pity for, as it would soon be ripped off. Just then he walked up to her, placed a quick kiss on her lips and rushed out of the room. I waited and listened for him to get into his car and drive off. “Finally” I thought…yet I must remain careful. 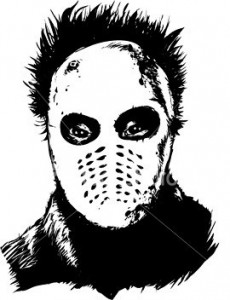 Carefully, I got up from the spot where I had crouched all night, what a vantage point it had proved to be. I knew she would be lying in bed now…she did that every time. A number of times I had wondered what sort of a person wakes up early to take a bath and then goes back to sleep…but did I mention she was a goddess, so I guess it must be some goddess act. I made my way to the Kitchen exit; I had seen him take out some junk before he left. Turning the handle I smiled, nature must be on my side…I let myself in. I had no trouble finding the bedroom, besides the bulge between my legs was the entire map I needed. The door made a small creaking sound as I opened it… “Forgot Something?” She muttered half awake I made no response as I continued towards the bed, longing clouding my eyes as I watched her curled up on her side, heaving peaceful breaths. I got into bed behind her, pressing hard against her… “Don’t tell me you came back for a quickie” she teased, her voiced already laced with arousal. As she snuggled closer, she pushed her buttocks further up against me. 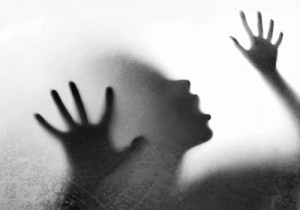 I grabbed them hard, with the satisfaction of having waited this long to do so. “Not just a quickie” I replied I felt the gasp before it escaped her lips….she turned to me with horror in her eyes. I stifled her cry with a blow and watched as she went limp, long enough for me to gag her and tie her hands and legs. She blinked once…twice…and instantly came back to the realization of what was happening, struggling as much as she could. Her struggles only made me groan with pleasure and excitement, as I ripped apart the lace panties she had on. I saw little tear drops trickle down the sides of her face, but I didn’t care for that… I grabbed the pillow next to her, smothering her with it. I thrust hard, and harder and deeper…letting out pent up desires; desires from watching her dress and undress; desires from dreaming and fantasizing, desires from waiting. It felt good, just like I had hoped – even better. As the energy dissipated, she struggled less until all she could do was moan silently. Recurrent waves of orgasm seized me, racking through my body… just when I felt my brain would pop… Haaaaa!!! Sweet relief… At that same moment I climaxed, she breathed her last. I smiled to myself with content – just the way I preferred it. “Poor thing” I thought, she had actually held out longer than the rest – again it has to be a goddess thing, I grinned. Crumbling beside her, I relished the moment I just had – Awesome!!! Reaching out I felt her still warm body and once again climbed unto her…this was the best part. Where there were no struggles, no squabbles, just me inside of her, savoring the warmth while it still lasted; having the time of my life! Absently sucking on her subtle breast, I steered my thoughts away from the warmth enveloping me and started to make plans… Plans for the next day’s meal.

Tiwa is a writer, a marketing professional and a psychologist. She however likes to describe herself thus…”I am unique with the mind of a dreamer and the longing to be extraordinary”. You can read more of her works by clicking this link dreammyme or follow on twitter @TeewahAlagbe