No Result
View All Result
Home PROSE ALL OVER BARAQUAT SERIES

by shaiontheprowl
in ALL OVER BARAQUAT SERIES, PROSE
Reading Time: 4 mins read 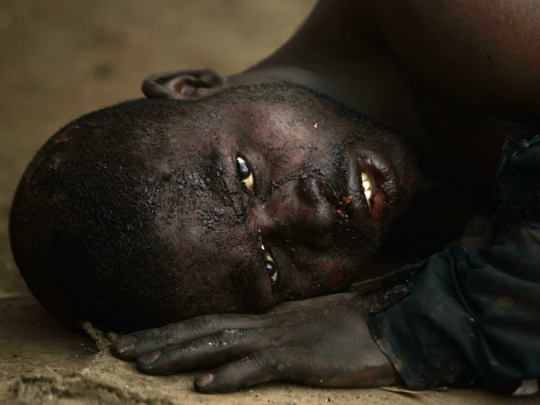 “Shit!” Ifreke muttered as he stepped out of his one-room apartment, in a nondescript building on Clegg street, off Ojuelegba. The area is not remarkable for anything much, other than that it is close to Ojuelegba – the name Ojuelegba alone will conjure images of horror in the minds of some people; and the popular Ayilara street.

Ayilara street that only comes alive from around seven every evening. Where anything from food, to hash-hish, to women can be bought and consumed on the spot. If you so wish it.

Ayilara street of the blaring musical sounds from the myriad of bars, the colored lights and the very popular Brown Sugar Motel.

Ifreke looked down at the puddle he had just stepped into with a minor sense of annoyance. He was also oblivious of the  cold morning air.

It was just past five in the morning.

His anger and feeling of loathing was too great for these minor inconveniences, making him uncharacteristically unaware of the muddied pool of water outside his door. That pool had been there since he could remember. And he had mastered every inch of its size, so much that if his eyes were closed he will still scale it without a problem.

But today, he had stepped inside.

He needs to be clear in his head. Timing, tact and cunning is of utmost importance now. He had made his decision over the course of the night. He needs to execute flawlessly now.

He had had no sleep at all . How can he sleep? Not after what he had heard last night. How can that have happened under his watch?

“Ifreke, you fuck up. You fuck up, well well.” He cursed at himself.

“If no be say for anything, you be sharp efik boy na. How you come allow one maloo collect your property? He collect finish come waste am. You fuck up o. But sha, I go kill Adamu today or my name no be File.”  He realized with a sick sense of satisfaction that he had been talking with himself.

He looked around the small open space they call the backyard; a narrow open space between a row of rooms in the BQ and the main building, to see if anyone had heard him. In this compound people have elephant ears. He couldn’t see  anyone, and hoped no one had heard him.

He lit a cigarette, his second since he left his bed. He had been smoking like a chimney since he got home from the park yesterday. He had smoked most of the two packets he bought from the roadside mallam. He knew he couldn’t afford to smoke like this, but he was too tensed and needed something to clear his mind. Nothing as strong as ganja, but something still. So, he had smoked and thought all night. His thoughts centering around Adamu.

“That idiot,” Ifreke muttered again. Careful this time it was nothing more than a whisper. He walked to the tap at the far end of the wall to wash his muddied feet.

“If all the other lesson I don teach am never enter im head, na today I go teach am the final lesson. It is either e die or I die.”

He finished washing his feet, dragged again at his Rothmans enjoying the rich feel of the menthol against his throat. It felt good against the cold air. He rested his back against the wall, while he thinks over his plan again. It is going to be risky. But, it has to be done.

No one toys with Ifreke’s property; not this way.

“Ifreke no dey forget o!” He took another drag of the cigarette, a very long pull this time till the glow was almost at the butt of the stick , then discarded the cigarette. He held the smoke for a while, enjoying the balmy sensation it was regaling his olfactory with before expelling it.

“Today, I go show Adamu the papa of lesson. I go show am and all those other idiots like am for that park say Ifreke no dey forget and I no dey forgive. For this Lagos, no idiot maloo go chook pepper hand for my eye go free.” He pushed off the wall, picks a small stool nearby and placed it three blocks to the left of where he had rested his back earlier, he climbed the stool and dipped his hand into the cement block crevice, pulling out a small hand-made pistol. He pocketed the pistol quickly and stepped down from the stool.

Ifreke looked around to make sure no one saw him then walked out from the compound.
He has to claim back something he lost yesterday.